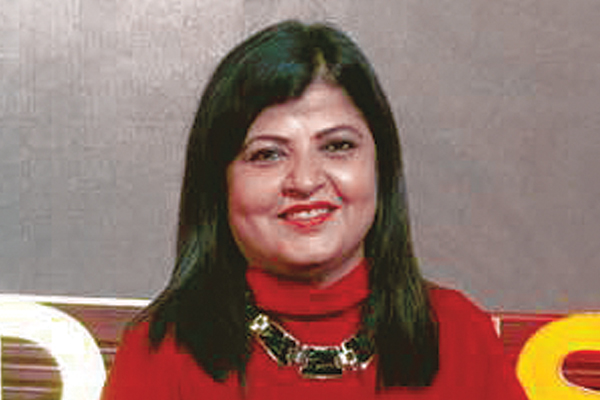 Nandini Sharma, Director, Comnet Resources talks about her entrepreneurial journey and how people, perseverance, passion along with patience has helped her build a successful channel business

Born and brought up in an orthodox family even could not stop Nandini from opening her wings and flying high. From a girl next door to a successful business woman her journey has been not so easy. But she pushed and overcame all the hurdles and today she has an eminent place in IT channel industry.

Challenges taught me to overcome obstacles
With time Nandini realized the importance of being independent. “When I saw my mother financially dependent on my dad, I decided to be financially independent and work for me,” Says Nandini. Of course, when you are not born with a silver spoon in your mouth you have to so a lot of struggle day and night and so Nandini does. But, she believes that the challenges in her life have taught her how to sustain and work better. “Managing day to day challenges, giving attention to the details, not only taught me a lot but helped me overcome my fear of failure”, she says. The journey continued and Comnet Resources was the result of her passion for doing something of her own. “In 1996 Comnet Resources happened. We were clueless about networking and technology. All we had was the passion and the perseverance to create something of our own. Comnet has been a two-decade-long roller coaster ride. However the trust shown by our partners, customers, and the entire channel community has seen us through,” she says.

Being women in the male-dominated industry
As per Nandini, like most of the women life has been difficult for her too. “Women have to take many difficult decisions every day, a few as CEO, a few as a wife, a few as a mother and a few as a daughter in law. Women as decision makers are not taken seriously. There has been a time when some people also tried to me push me down, saying I am a woman, but I stayed strong and focused. And, never let these things become a hurdle in my work, Nandini says. She has been fortunate to have supportive people in the industry, except some. As she says, “People have been largely supportive, barring a few, who tend to tend to judge or stereotype women. With the time Comnet became my lifeline, and started demanding 100% of dedication, I started tasting success and hence building in confidence”.

Right support can make right balance
According to Nandini, one should know how to keep the balance between professional and private life. As she says the right support can give you balance and right balance can make one’s life easy and better. “I have managed to train my “clones” both at my workplace and at home! Each member of the Comnet team can backup for the other. We have managed each other well. Every time we are ready to support each other so, the right balance can be maintained. At home too, my daughter and my mother in law have been very supportive and have taken up parts of my role,” she says.

Future roadmap
Nandini wishes to make Comnet a regional player over the next few years. They are stabilizing their Guwahati operation, which was established a year ago. Once done, they will possibly look at other potential cities within the region.

The power of four Ps worked as magic
Nandini considers the four Ps as her success mantra in life. “I strongly believe in the power of the three P’s People, Perseverance, and Passion, with a lot of assistance from the fourth one, which is Patience. The same mantra she has for the budding professional who wants to have their career in the IT industry. Her message for them is- “believe in you. It is only this inner strength which will hold you in good stead in any industry you work in. Always remember the P’s– perseverance, passion, and people coupled with the fourth one, patience which should be the epicenter of all your efforts. Don’t be afraid to fail.

Take it as feedback. Learn from them and move on. It’s always better than not starting at all.

Columns CRN Team - April 3, 2020
In the last couple of weeks, the world has changed in unprecedented ways. Owing to the Coronavirus pandemic, companies across the country have resorted...

We strive to keep up with the latest technology trends: Yogesh...

Software programmability on infra to be the next big thing: K...

Each role in our life demands time and efforts in the...