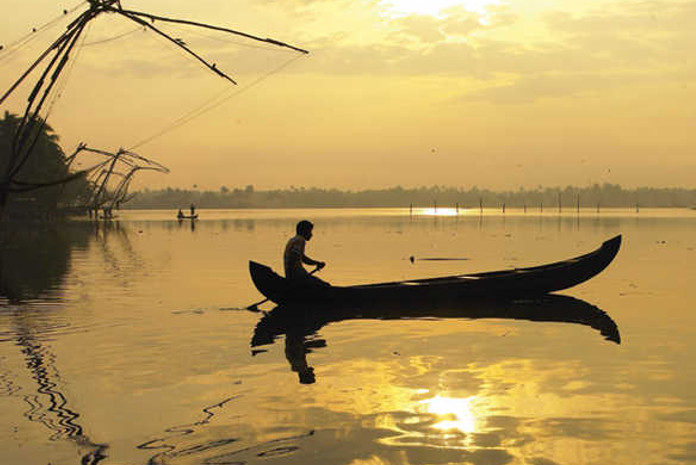 Kerala creates good headlines in many more areas apart from tourism — technology being one of them. The state is the eight largest economy in India, with an abundance in business sectors and brilliant road network with an overwhelming capacity of 4.62 per 1000 people as compared to national average of 2.59 km per 1000 people. With the Explore Bharat initiative, we are on to gaze the technology engagement in Kochi, which is one of the most flourishing city in Kerala.

There are about 2000 IT channel partners in Kerala, of which a bounty of 500 are housed in Kochi.

“Kerala’s major technology hub is Kochi. Here the big boom is in the gaming segment and the demand is increasing by the day. Previously PCs were primarily designed for general purpose, catering to usage at office or by students. But now, people look for PCs with enhanced gaming capabilities and features,” said Toshy Matthew of All Kerala IT Dealers Association (AKITDA).

AKITDA is dedicated to ensure a harmonious vendor-dealer connect. The association helps by providing an easy to access and utilize platform for IT and ITeS players, whereby vendors can easily find and appoint dealers, distributors and retailers.

Unlike before, when IT was used for accounting or billing purpose in hospitals, now-a-days a complete solution implementation — including ERP and CRM — is taking place in healthcare, informed Matthew.

Although, IT adoption is progressing in its charted pace, but rapid adoption is still not in wake due to lack of awareness. Once this falls in perspective, adoption will catch scale. The paramount hurdle is to convince customers about good RoI. It is only the fear of investing which has shackled most of them,” informed Sijo Alex, Proprietor, Corrigo Technologies, who is also the state executive web and media promotions head at AKITDA.

The demand for storage is on the rise in the city and there are new initiatives which are coming up.

“The massive flood in Kerala last year acted as an alert for various establishments to migrate their on-premise data to cloud. Till then not many were aware of the advantages of cloud infrastructure. Also for disaster recovery it is always better to migrate to cloud than it is on-premise. Also, till date Kerala does not have a commercial data center, so soon this month we are launching one,” said Jobin Pallisseril, Account Director (Kerala), Pi Datacenters.

Kochi is the India headquarter destination of several national distributors including Redington, Ingram Micro, Rashi Peripherals among others. Also, regional distributors like ForeRun Computers and Systems Pvt.Ltd., Roditte, Aldous Glare Trade & Exports and Pooja Tech among others are housed in Kochi.

BYOD, WFH a silver lining to lockdown for Indore IT partners

We bring the best of both worlds: On-prem and cloud: Rahul...