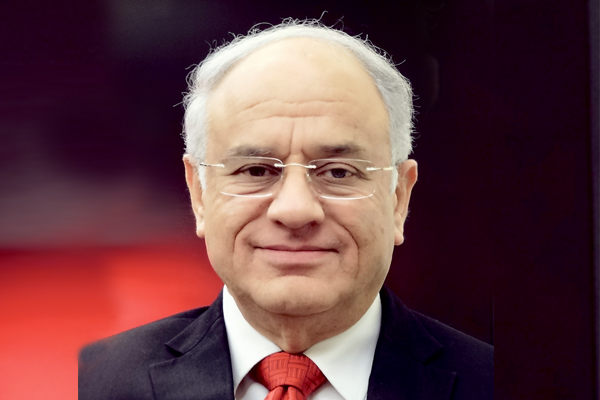 Sanjiv Krishen, Chairman, Iris Computers talks about the instances where he took immense risk in grabbing big opportunities and cementing the company’s position in the market

Sanjiv Krishen started his career with IBM, after which he went to the Middle East, distributing Apple computers and main frames from Hitachi. Saudia which is the airline of Saudi Arabia had installed four mainframes of IBM and they wanted to buy the fifth one. They have quoted 16 crores to IBM for one CPU and we proposed to give them the same power and better technology of Hitachi at Rs. 11.5 crores, informs Krishen.

“For Saudia still the five crore savings was not much of an interest considering the quality of service that IBM provides. IBM gave them 99 percent uptime on best effort basis, we said that we will give them 99 percent uptime with penalty in case if we default. Still, they demanded for a 99.99 percent uptime which means within two hours the machine needs to be fixed which was not possible as it takes longer time to even reach the location. We accepted the stipulations and grabbed the order. The machine ran for almost three years with zero downtime and that was the first silver lining of my career.”

Establishing the company
After all the success and learning, he returned from the Middle East and worked as an Apple distributor for two years in India and then set up Iris computers, which is now positioned as national tier one IT distributor, focusing on finished IT hardware and PC components. “We started in September 1996 and the first year we clocked the turnover of Rs. 5 crore and last year, we crossed Rs. 2500 crores, which I consider as a very progressive growth,” states Krishen.

Today, the IT distributor company has around 300 employees and is present in 35 locations across India. It has established key distribution relationships with IT vendors like HP, Dell, Lenovo, Samsung, IBM, APC, ACER, LG BenQ, Wacom, and QNAP. The company has recently added Delta, Consul, and Inspur brands in its portfolio.

“We were the first dealer for Dell in India and are now doing almost 400 crores.” Currently, the company deals with 4000 resellers in the country. These reseller provides the bandwidth and the network to reach the target customer. The services selling arm of the company, Iris Care, sells service packs and extended warranty packs of various OEMs.

Business risks and rewards
“Where there is reward, there is a risk,” elucidates Krishen. He talks about some of the instances where he took excessive risk in grabbing big opportunities and cementing company’s position in the market. Mentioning one of the such opportunities when he got an order from WesternGeco of Rs. 30 crores. Its a geophysical services company that owns ships and dig down deep in the Arabian sea to take readings for the proximity of oil reserves beneath the sea. This reading is then analyzed and shared with ONGC, which then takes the call. “The challenge in such orders is that the client doesn’t pay upfront and takes atleast 30 days. So taking 30 crores order on credit is a huge risk because if the client doesn’t pay its all over for us. We took the chance and provided them the machines on credit. They paid us on time and even asked for 12 more machines and the total order became Rs. 42 crores,” asserts Krishen.

He further says in today’s competitive world, one needs to have that risk taking ability, appetite and hunger to achieve more, but at the same time it is important to make that judgmental call. “We have got partners that come with order worth Rs. 70 crores but we have to decline as they are too big for us.”

The business verticals like storage, networking, security, software, etc. are still unaddressed by Iris and the future plan is to engage with corresponding OEMs.