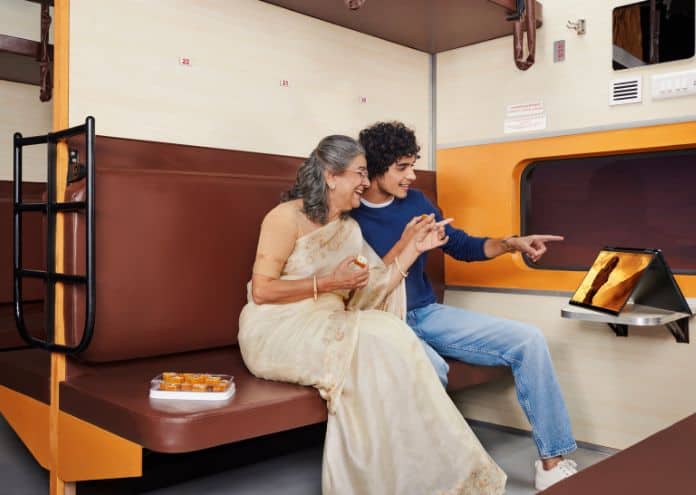 As festive ardour fuels across the country, Dell Technologies, announced the beginning of its festive campaign, titled, #ApnaWalaFestival. Reaffirming Dell’s commitment to fostering meaningful innovation, the campaign is aimed at spreading the message of passion, compassion, and optimism. The campaign also emphasizes the role of technology in empowering people to celebrate festivals in their own unique ways via Dell’s versatile technology solutions.

The campaign’s three digital films show how Dell’s laptops, the Inspiron 16 2-in-1 and XPS 13 Plus, help the characters redefine their celebrations. The first video, titled ‘A Debbie Wala Festival,’ tells the story of Debbie, a young girl who wants to wear her favourite football jersey over a saree on Ashtami, but her mother is not convinced. Debbie’s sister uses the Inspiron 16 2-in-1 to design a one-of-a-kind ‘jersey-saree’ for Debbie, allowing her to express herself while also pleasing their mother. ‘A Raunak Wala Festival’ depicts a young boy who is disappointed because he is unable to return home for the festival of Diwali but finds kindness and comfort from fellow train passengers while remaining connected with this family via his Dell laptop. The third film, ‘A Diya Wala Festival,’ tells the story of a man who uses his XPS laptop to make emoji-shaped sweets to welcome his to be partner’s daughter to the family.

Announcing the campaign, Mayuri Saikia, Director of Marketing (Consumer), Dell Technologies, India, said, “Festival celebrations in India bring a lot of cheer, and excitement, and present an opportunity for everyone to come together and share moments of joy. Our latest festive campaign advances Dell’s position as the ideal partner for everyone celebrating this festive season in their own special ways. It also reflects Dell’s commitment to providing PCs that allow people to express their creativity, emotions, and passion.”

Conceptualized and developed by the creative agency VMLY&R, the campaign will be amplified on OLV in Hinglish, Tamil, Telugu, and Bengali languages and across OTT platforms such as Hotstar, SonyLiv, Voot, Zee5 among others in Hinglish. Dell is also working with micro-influencers to encourage them to share their festive stories to broaden the campaign’s reach even further. Furthermore, in keeping with its ethos of putting customers first, Dell Technologies will invite customers to share their celebration stories using the hashtag #ApnaWalaFestival. The UGC campaign will run on Dell’s social media platforms, and the best stories will be rewarded.

Commenting on the campaign, Rohan Kumar & Nitika Parmar, Creative Directors, VMLY&Rsaid, “Festivals today come with a lot of personality. Trends show that there’s a touch of uniqueness in every celebration. Be it in the outfit you wear, the food you serve, the decorations you put up or the family you celebrate with. That’s why this year we wanted to go beyond the usual festive visuals and show how Dell Technologies with its new range of PCs can help everyone introduce new, unique elements that can make any festival an ‘Apna Wala festival’.”

As part of the campaign, Dell will provide an additional two years of warranty as well as goodies across their product lines at Dell.com, Dell Exclusive Stores, multi-brand outlets, and large format retail. Furthermore, Dell will offer 5 to 10 percent cashbacks on select XPS/Alienware products.

Are IT partners evolving fast enough to meet the demand for...