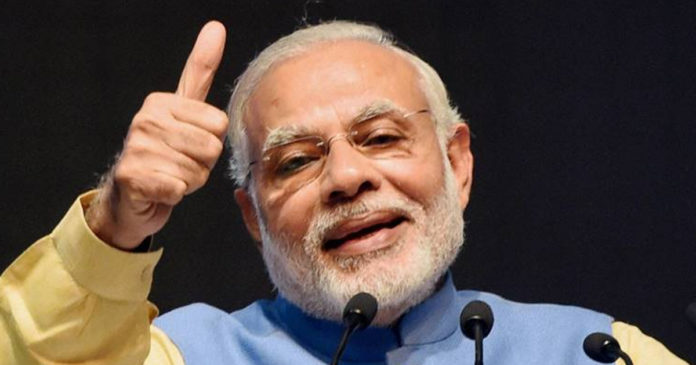 Lauding the Indian IT industry for providing services and products to the world, Prime Minister Narendra Modi on Thursday said his government’s flagship programme Digital India became a way of life, especially for the poor and marginalised.

“Thanks to Digital India, we have witnessed a more human-centric approach to development. Using technology on such a large scale has brought about several life changes to our citizens. The benefits are for everyone to see,” said Modi while inaugurating the 23rd edition of Bengaluru Tech Summit 2020 through video conferencing from New Delhi.

Addressing the gathering in this tech city and others in the virtual world, Modi said though launched 5 years ago, Digital India was no longer seen as a regular government initiative but as a technology through which crores of farmers receive monetary support in one click.

“At the peak of Covid-induced lockdown, it was technology that ensured our poor received proper and quick assistance. The scale of this relief has few parallels in the world. Technology is the prime reason that our schemes have transcended files and changed lives of people at such a speed and scale,” asserted Modi in his 20-minute speech in English.

Noting that India was uniquely positioned to leap ahead in the information era, the prime minister said as the country had the best minds and the biggest market, it was time for designing tech-solutions for deploying them worldwide, as they have the potential to go global.

“In the industrial era, the first-mover advantage was everything. In the information era, the best-mover matters because anyone can build a product anytime that disrupts all equations in the market,” said Modi.

Stating that achievements of the industrial era were in the rear-view mirror, the prime minister said future was coming sooner than anticipated, as the world was on the middle of an information era.

“In the industrial era, change was linear whereas in the information era, change is disruptive,” quipped Modi.

Asserting that his government’s policy decisions were aimed at liberalising the technology and innovations industry, the prime minister said the compliance burden on the IT industry was eased and allowed the techies to work from home or anywhere.

On the potential of the youth and possibilities of technology being endless, the prime minister called upon the tech industry to give their employees the best and leverage them.

Hailing the IT industry for showing resilience during the pandemic, Modi said the amount of tech adoption that happened in a few months would not have been in a decade.

“Work from anywhere has become the norm and is going to stay. A high amount of tech adoption will be seen in education, health and shopping,” said Modi.

Stressing on the need for data protection due to increasing use of digital technology in life, Modi said the youth could play a big role in devising robust cyber security solutions to vaccinate digital products against cyber attacks and viruses.

“As innovation is key to progress, we have the advantage because of the talent of our youth and their zeal to innovate. The potential of our youth and possibilities of technology are endless,” he added.