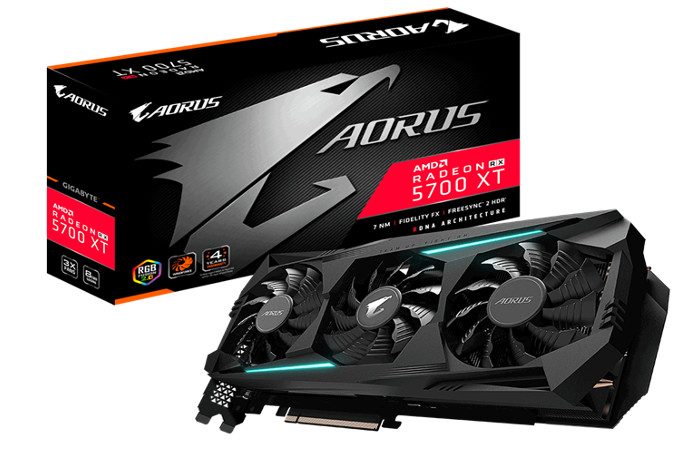 All-around cooling system
Even though graphics cards can generate strong performance during gaming, the thermal cooling system of graphics cards is an essential factor for many gamers to take into account. From alpha to omega, the tenet of the GIGABYTE WINDFORCE cooling system is to not only keep GPU temperatures lower but just as importantly, to tend to the temperatures of the VRAM and MOSFETs, so that the graphics cards offer more efficient and stable performance. Distinct from other brands’ thermal solutions, GIGABYTE allows users to have low-temperature GPU performance and reduces the temperature of components such as the VRAM and MOSFETs to increase the lifespan. You never encounter the risk of damage to components from overheating when your GPU still works well under that scenario. GIGABYTE graphics cards are a good choice for gamers and delivers reliable, powerful performance.

BIOS switch for silence
OC mode (Default) targets performance to break out the graphics card’s performance. Users who are concerned with the noise level can select SILENT mode via the physical BIOS switch to keep the acoustics low in a working state. Experience smooth gameplay in a wonderful-quiet space.

Support 6 displays at once
Fulfilling the multi-display demands for users, AORUS Radeon RX 5700 XT brings 3x DisplayPort and 3x HDMI outputs so you can combine 6 displays into a single large desktop or customize 6 displays to your liking. Besides, you also can adjust combinations or configurations via AMD Eyefinity technology. With multiple monitors, you can multitask with higher productivity.

Minimalistic
AORUS is a high-end brand that insists on pursuing innovation. Keen gamers certainly have observed that AORUS Radeon RX 5700 XT has a more exquisite and detail-focused design. Minimalistic lines with lighting capability are embossed on the cover and the trace-like line design also matches the black metal backplate with AORUS engraving, which gives the card a stylistic texture and an impressive look. The lighting of the minimalistic lines on the cover and the AORUS LOGO lighting on the card side can be synchronized with lighting effects on other AORUS devices by clicking on RGB Fusion 2.0. It also allows users to customize their gaming atmosphere the way they have it in mind.

Lenovo introduces Custom To Order feature for desktops in India

Lenovo introduces Custom To Order feature for desktops in India

News Shibul Pavithran - December 8, 2022
Lenovo announced that it is extending its unique ‘custom to order’ (CTO) feature to desktops in India as well. The Legion 5i Tower desktop...

News CRN Team - December 8, 2022
Cognizant announced it has agreed to acquire Houston-based Utegration LLC, a full-service consulting and solutions provider specializing in SAP technology and SAP-certified products for the...
- Advertisement -