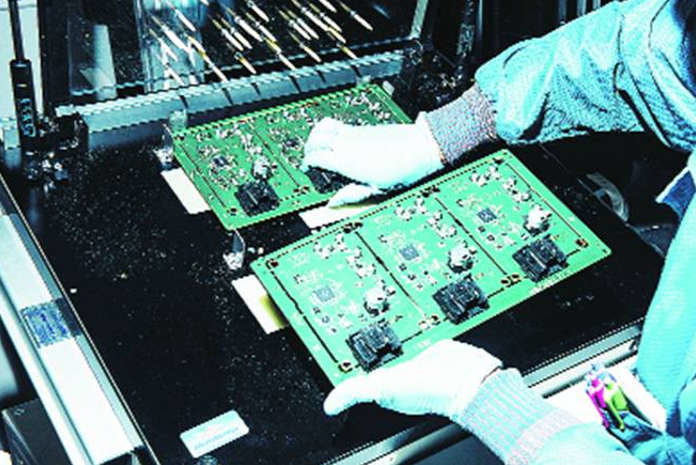 In a major boost for domestic manufacturing of IT hardware ranging from laptops, PCs to servers, the Union Cabinet has approved the Production Linked Incentive (PLI) Scheme for IT Hardware, entailing a cost of around Rs 7,350 crore.

The scheme proposes production linked incentive to boost domestic manufacturing and attract large investments in the value chain of IT hardware. The target segments under the proposed scheme include laptops, tablets, all-in-one PCs and servers, said an official statement.

“The scheme shall, extend an incentive of 4 per cent to 2 per cent/1 per cent on net incremental sales (over base year i.e. 2019-20) of goods manufactured in India and covered under the target segment, to eligible companies, for a period of four (4) years,” it said.

The scheme is likely to benefit five major global players and 10 domestic champions in the field of IT hardware manufacturing including laptops, tablets, all-in-one PCs, and servers.

The total cost of the proposed scheme is around Rs 7,350 crore over four years, which includes an incentive outlay of Rs 7,325 crore and administrative charges of Rs 25 crore.

As per the government, the scheme will enhance the development of electronics ecosystem in the country. India will be well positioned as a global hub for Electronics System Design and Manufacturing (ESDM) on account of integration with global value chains, thereby becoming a destination for IT Hardware exports, the statement said.

The scheme has an employment generation potential of over 1.8 lakh direct and indirect jobs over four years.

The scheme will provide impetus to domestic value addition for IT hardware which is expected to rise to 20-25 per cent by 2025.

MAIT leads discussion with the government for growth of the electronics...