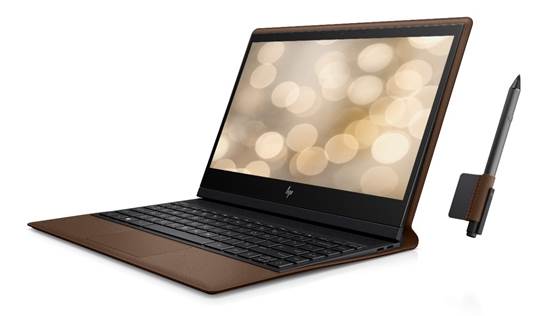 HP India said it is witnessing a strong growth in its consumer PC business compared to last year as people look for devices to support work and study from home efforts amid the COVID-19 pandemic.

Speaking to PTI, HP India Market Senior Director (Personal Systems) Vickram Bedi said the company had initially seen huge demand coming in from enterprises that were moving their staff to work from home as part of business continuity efforts.

“They (enterprises) implemented pretty extensive business continuity protocols, and as a result we saw a big surge in demand coming from the enterprise side of the house because they were essential providers, they were providing services to government, offering data centres, public healthcare etc…we saw tremendous amount of demand coming in the initial phases from the enterprise and the commercial side,” he said.

In the later phases, demand from consumer side of the business also picked up as relaxations were brought in after over a month of lockdown. Electronics companies have seen a major impact as no online or offline sales were allowed during first two phases of lockdown that began March 25 as the government attempted to curb the spread of COVID-19. Some activities were allowed to resume in certain locations in the country from the third phase of lockdown.

Bedi said the company is now beginning to see an “equally resurgent and strong demand in the consumer and the small business” segments.

“There is a surge in demand right now. From year-on-year standpoint, it is a much stronger growth. So we have this positive growth compared to last year, same time…I think our ASPs (average selling prices) is looking stronger than they were before because they (consumers) obviously understand how critical devices are to be able to operate in this environment…people are opting for the mid to high devices,” he said.

Bedi, however, declined to comment on the outlook in the coming months saying the market continues to be “dynamic”.

According to research firm IDC, the traditional PC market (desktops, notebooks, and workstations) in India declined by 16.7 per cent year-over-year in the March quarter of 2020 to 1.8 million units. HP led the market with 28.2 per cent share, followed by Dell Technologies (25.9 per cent) and Lenovo (20 per cent) in the said quarter.

Bedi said segments within the consumer PC vertical like gaming and thin-and-light are seeing good traction.

Apart from PCs, consumers are also looking for accessories to facilitate their work, study and entertainment requirements, he added.

He said the company is also expanding its product portfolio to tap into this increase in demand. The new notebook lineup comes with 4G LTE connectivity, which was previously available only with HP’s premium notebooks like HP Elite Dragonfly and HP Spectre X360, Bedi noted.

“A large number of people are working from home. In India, there are issues like low fixed-line broadband penetration and sub-optimal security protocols for home Wi-Fi, and 4G LTE plays a critical role providing fast and secure internet connectivity,” he noted.

The new notebooks – priced at ₹44,999 onwards – fill a critical gap in the market by providing enterprise grade connectivity and security in an affordable price band, Bedi added.

How CIOs Can Prepare for Exponential Increase in Work From Home...