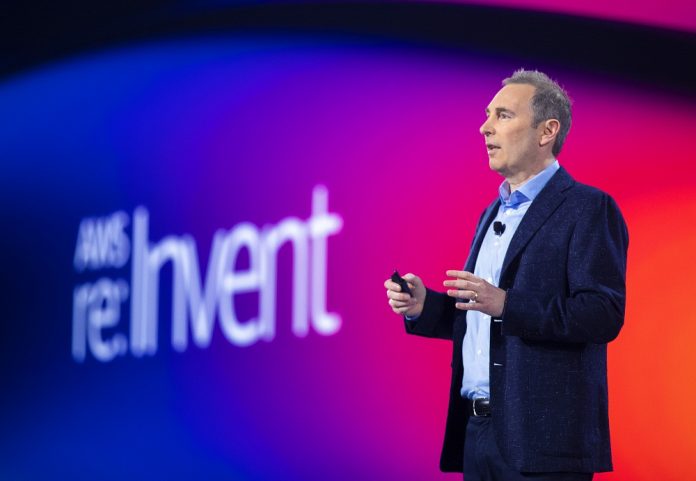 A toughened upcoming ecommerce policy, legal feuds, the imposition of new taxes and widespread anger among the leading retail associations, the road ahead for upcoming Amazon CEO Andy Jassy will not be a smooth one in India when he takes over the reins from Jeff Bezos in the third quarter of this year.

The fact is that just like Bezos, Jassy also treats India as one of the key growth markets.

In 2018, Jassy had said that the Asia-Pacific region has huge potential to write the next growth story for Amazon Web Services (AWS), with India playing a key role in Cloud adoption among both enterprises and the governments.

“The business in the Asia-Pacific region is very broad and is growing very quickly. The business is growing rapidly in China, India, Singapore, Australia and South-East Asian countries,” he had said during a press conference.

In November 2020, AWS had announced to invest Rs 20,761 crore (nearly $2.7 billion) to set up multiple data centres in Hyderabad. This will be the second AWS region within India after Mumbai, which is expected to go live by mid-2022.

Last month, the Union Ministry of Electronics and Information Technology (MeitY) had launched a quantum computing applications lab in the country in collaboration with AWS.

“The company is confident about its future growth,” the regulatory filings read.

However, the year 2020 has changed a lot for the e-commerce giant in the country.

Bezos, who came to India in January 2020 after a gap of six years, had to face intense political heat in Delhi before Mumbai sea breeze cooled him in the presence of sizzling celebrities.

Bezos did not get time from any top government functionaries and The Washington Post, owned by him, was blamed for this debacle. Prime Minister Narendra Modi gave a cold shoulder to the world’s richest man then by not meeting him. There were indications that the Washington Post’s editorial stance cost him the meetings with top Indian ministers.

Traders across the country staged protests under the aegis of the Confederation of All India Traders (CAIT). According to CAIT, more than five lakh traders were present at the country-wide protests.

The big Amazon announcements like $1 billion investment for the small and medium businesses (SMBs) in India and creating 10 lakh new jobs by 2025 were not enough to address the traders’ ire.

Last year, Amazon had acquired a 49 per cent stake in Future Coupons, a Future group entity. In August, Reliance Retail Ventures Limited (RRVL), a subsidiary of RIL, announced that it is acquiring the debt-laden businesses of the Future Group for Rs 24,713 crore.

Amazon said that Future Group violated a contract with it by entering into the sale agreement with the Mukesh Ambani-led retail major.

The matter reached various courts, both in the country as well as abroad.

In a big relief to Amazon, the Delhi High Court on Tuesday directed Future Retail Ltd to maintain status quo in relation to its deal with Reliance, the Bar and Bench reported.

Future Retail Ltd (FRL) said the company, after due approval from the Competition Commission of India (CCI) and no objection from SEBI, had filed the scheme of arrangement before NCLT Mumbai on January 26. The application is yet to be taken up by the NCLT.

On Tuesday, the CAIT welcomed the Union Budget proposal to impose 2 per cent extra tax on foreign e-commerce companies like Amazon, whether engaged in business of sale of goods or providing services, acceptance of offer for sale, placing of purchase order, acceptance of purchase order, payment of consideration or supply of goods and services partly or wholly. The provision will be applicable retrospectively with effect from April 1.

The trade leaders have demanded that the e-commerce trade in India should be looked into in a comprehensive manner and not only the trading of goods, but all kinds of services availed through any online method should also be brought under the ambit of the proposed e-commerce policy.

Jassy, a seasoned tech honcho who has grown AWS to its current position as the biggest provider of public Cloud infrastructure on the planet and a significant driver of Amazon’s profitability, is aware of all the complexities to do business in India and the year 2021 will reveal more.