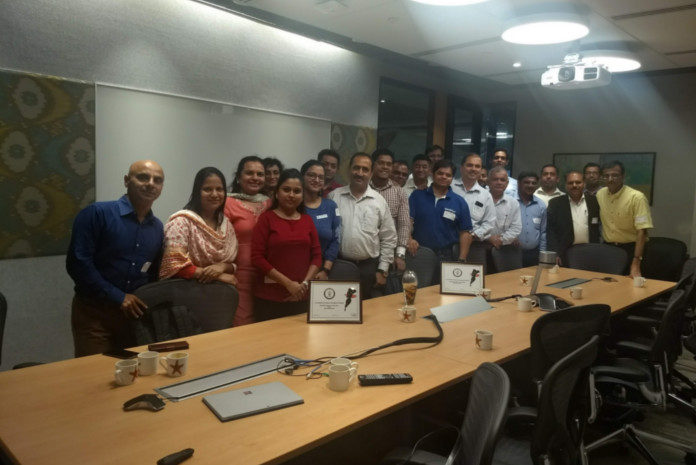 IAMCP India West held its monthly meeting with members, discussing its strategic agenda. This included running through key announcements, Microsoft directions 2019 and other important messages made by Microsoft at the recently concluded Inspire 2018 in Las Vegas. After the initial introduction by Chetan Shah, Suresh Ramani, President IAMCP spoke on the topic and provided an overview of Microsoft’s focus in the coming year and ahead.

IAMCP-WIT (Women in Technology) is the fastest-growing independent community in the global Microsoft channel – growing from 3 to 70 communities in the last four years. It is 100 per cent supported by Microsoft. The India Chapter, headed by Nazneen Ansari, won the award for the best chapter across the world. Ansari also spoke on the WIT India initiatives and forthcoming directions.

Ramani also conducted a tutorial for members on best practises for winning an award at the next Microsoft Inspire event for high quality solutions deployed at customers. Ramani’s company has won awards multiple times in the past from Microsoft and IAMCP. He spoke about insights into award application, supporting documents, other add-ons and ancilliary efforts needed to make an impact.

IAMCP is the world’s largest association of Microsoft channel partners and runs many chapters across India. IAMCP India membership has been delivering incremental value to its members’ Microsoft partnerships.

How Artificial Intelligence is helping fend off Cyberattacks

News Sandhya Michu - March 2, 2021
Artificial Intelligence (AI) is the ability of technology to think and act like a human and is being utilized to help fight off potential...

The cost of innovation in the new normal

News Sandhya Michu - March 2, 2021
By Kris Canekeratne, Chairman and Chief Executive Officer, Virtusa Innovation. It may have been the most overhyped buzzword in the business world for the past...

How partners are fueling innovation on Microsoft Teams

News Sandhya Michu - March 2, 2021
The last year has expedited the modernisation of HR by redefining employee experience to create an environment where employees can do their best work....