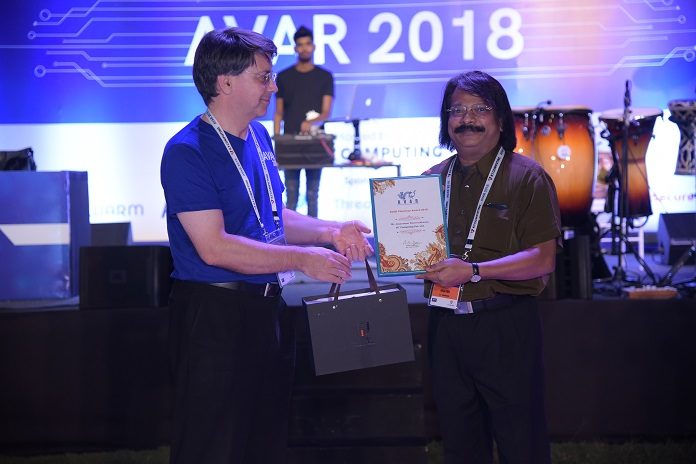 K7 Computing Private Limited hosted The Association of Anti-Virus Asia Researchers International Conference (AVAR) in association with Indian Computer Emergency Response Team (Cert-In). The conference was held at Holiday Inn resort, Goa from the 29th to 30th of November, 2018. The gathering of more than 400 participants along with 67 speakers from 25 different international security companies addressed and discussed the significant and acute aspects of cybersecurity. The theme of the conference was “The Dynamic Security Ecosystem.”

The International security conference in its 21st year saw one of the largest gathering of cybersecurity experts, researchers, product developers and eminent speakers from around the world, engaging in panel discussions and paper presentations.

K7 Computing has been associated with AVAR since its inception and has previously hosted the conference in Chennai, in 2013. Hosting the event for the second time and bringing back the event to India for the third time, J Kesavardhanan, MD & CEO, K7 Computing said; “Since its inception, AVAR has witnessed increasing participation from leading cybersecurity players from around the world. It has also evolved as a platform to discuss on the latest trends, innovations and disruptions impacting the cybersecurity industry. This year we had participation from more than 25 leading cybersecurity players from across the globe.”

He further added; “It is our privilege to be associated with AVAR and to host it again in India. We are very happy with the success of AVAR 2018. With initiations like these, we aim to further our cybersecurity mandate of bringing the industry together to discuss and develop an advanced roadmap to curb cyber threats.”

Commenting on AVAR 2018, Allan Dyer, Chairman, AVAR said, “We are very glad to have held the 21st edition of AVAR in India in association with K7 Computing; for the second time. Considering the expanding digitalization, India is one of those nations where the need for cybersecurity solutions and awareness on cyber threats is immensely required. Therefore, forums like AVAR, play a pivotal role in bringing the cybersecurity industry together to brainstorm on the complexities of the threat landscape and discuss the way forward to deal with these.”

He further added; “It is very satisfying to see the increasing participation at AVAR every year. We congratulate K7 Computing on the successful completion of AVAR and on taking this initiative further, the second time.”

One of the findings which K7 researchers presented was the ‘New Android Denial of Service Vulnerability’. K7 researchers explained how the ADB (Android Debug Bridge), a tool used to set or modify android phone’s authentication PIN or pattern can be leveraged by attackers to lock the user out of his/her own phone without their knowledge. Exploitation of this vulnerability via ADB, which had already been disclosed to Google, was demonstrated live, rendering a smartphone inaccessible by modifying its device security settings.

At the prestigious event, K7 computing also announced its partnership with PolySwarm, the first decentralized threat intelligence marketplace to further advance its ecosystem of quality malintent detection where K7 Computing will integrate its malware detection engine into PolySwarm’s network.

Household Internet access in rural areas half that of urban zones: ITU