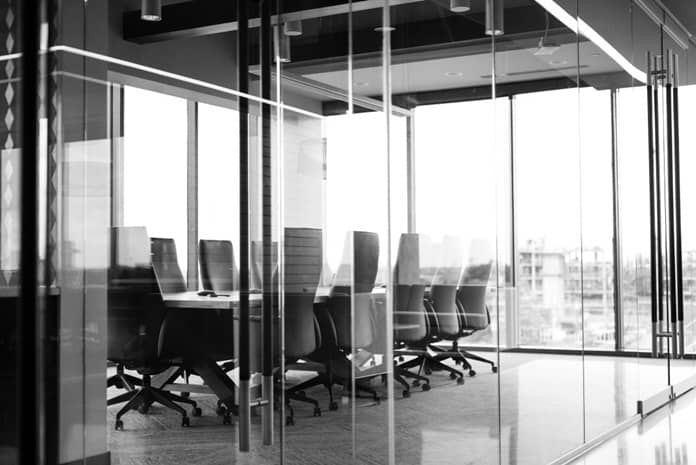 This section is powered by LogMeIn

(By Mark Strassman at LogMeIn)

The “office,” or a designated co-working space as we know it today, dates back far earlier than one might realize. Some historians point to the origin of the office in ancient Rome where the Tabularium was used to house public records — and also likely served as an office building for government workers. Other historians look to the headquarters of the East India Company in the 1700s as an important turning point for the modern office space. We could also credit the offices built for the Royal Navy in London nearly 300 years ago that are still in use today as a turning point.

We’ll likely never know for certain when humans first started gathering together in an “office” to do work, but we do know that the idea caught on. Since then, it’s been a race to find out the best way to configure these spaces for optimal productivity. Simple in theory, it’s been the subject of countless debates and trial and error – the movement towards cubicles, then to the open office, back to cubicles and so on.

Regardless of disagreements over desk layouts, there has always been a general consensus that employees need space to collaborate, talk, and meet. This consensus led us to the conference room. Small or large, beanbags or formal chairs, welcoming or intimidating, the configurations of these meeting spaces are endless.

The conference room has been a staple in offices for as long as any of us can remember. There’s a reason why it’s never been scrapped — even as walls went up and came down — because the purpose it serves is inherent to business success. Why bring colleagues together in one real estate location if not to have them work together at some point? Collaboration is essential.

Even with its significance, the conference room as we know it is facing its biggest threat in our lifetimes – a pandemic that makes being in close proximity to each other dangerous. It’s hard to imagine a time in the near future where we’ll want to sit down at a small table together. Yet, it’d be to our detriment to let the concept of meetings diminish and force employees to retreat behind their cubicles.

What we need is a creative approach to the conference room. I’ve written about how now is the time to reimagine the future business landscape, and the conference room is an important part of that. We have the tools to build a modern vehicle for collaboration.

To modernizing the conference room, companies need to consider the following actions:

Finally, treat the home office as an extension of the conference room. Providing employees with effective remote collaboration tools means the absence of physical conference rooms won’t be an issue. Executives can even equip their home offices with advanced cameras to ensure video quality is akin to in-person face time.

Over the last two months, we’ve seen that employees can plan, research, worry, chit-chat, and laugh on a virtual meeting just as they would in a 10’ x 15’ room. I believe management giving employees that freedom to treat their home as a meeting space is far more productive than sanitizing the conference rooms of yesterday every 15 minutes.

When future office historians look back on 2020, the home office will have a pivotal role and it may just be the year that is noted as the evolution of the conference room.