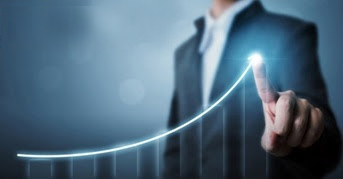 Samuelson is one of the longest tenured executives at Infor, having spent 14 years between M&A and CFO roles.

“I feel very fortunate to work with such a great team at Infor,” said Samuelson. “Charles’s guidance and leadership helped shape this company into a market leading provider of multitenant, cloud-based ERP applications. Our vision is to build on Infor’s impressive trajectory, continually evolve our range of SaaS products that allow for quick and material ROI and value add for our customers and provide first-class service at every step of the journey.”

Phillips’s tenure as CEO has seen unprecedented growth and expansion of Infor with more than $2.5 billion invested in product design and development in the past five years. Phillips, in addition to Samuelson and Soma Somasundaram (President and CTO), have played critical roles in overseeing and perfecting Infor’s current product suite and shifting the company to the cloud. In his new role as Chairman of the Board, Phillips will focus on strategy development, customer relationships, and new acquisitions.

In connection with today’s announcement, Infor has made several additional senior leadership appointments that support the evolution of the company’s operating model to enhance sales, service and customer functions by geography, as well as support its long-term growth strategy:

· Soma Somasundaram, who has been with the company for over two decades, will take on the newly created President of Products position, in addition to maintaining his current role as CTO.

·Jay Hopkins has been promoted from Chief Accounting Officer to CFO.

·Cormac Watters has been promoted to General Manager, Head of International Markets.

·Rod Johnson has been promoted to General Manager, Head of Americas.