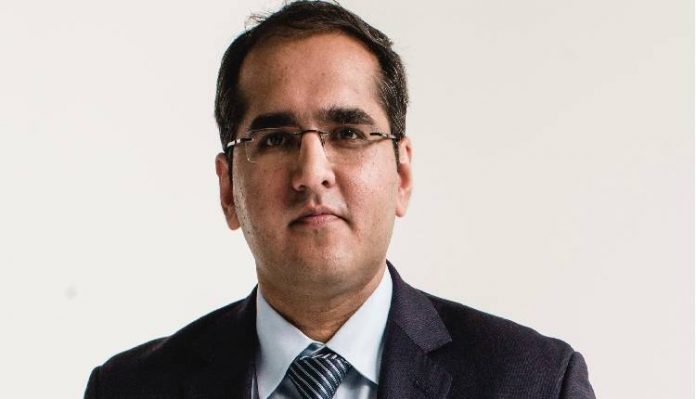 India is considered among the top four countries in the world in eSports participation, with over 150 million people playing tournaments. The online gaming industry in the country is a $1 billion possibility with 310 million online gamers by next year

Here are some of the key components introduced by Tata Communications to fasten adoption of eSports:-

Demand for Remote Production services will see higher penetration across all tiers of sporting events. Every single media organisation is now looking at remote production not only as a way to manage costs but an active part of their business plan to start production activity again. Cloud-based virtual vision – With a severe lockdown in most countries physical access to media galleries with tons of actual physical hardware is not possible anymore. Cloud-based virtual vision mixers will offer a software-based, real-time production experience in a remote location leading to flawless delivery of same quality of broadcast videos.

In a detailed interaction with Gairika Mitra, Dhaval Ponda, Global Head, Media and Entertainment Services, Tata Communications tell us how and why technology paves the way forward in this genre.

The online gaming industry is likely to see an upsurge. How is India faring?

India has seen a boom in the online gaming industry over the past couple of years and today is amongst the top four countries in the world in eSports participation. India is soon expected to lead the world in eSports mobile consumption on video, enabled by availability of affordable smartphones, low-priced data plans and a young dynamic population.

In the absence of live events due to the COVID-19 outbreak, organisations are looking at eSports where fans can not only watch their favourite players compete with each other, but also interact with them – all by virtually sitting in the comfort of their homes. As a result, online gaming companies are currently seeing a surge in their app download numbers along with increase in the number of hours spent by users on their platforms. According to a recent study by Publicis Groupe India, time spent in gaming online saw a 41 percent spike in the period between March 1 and 21.This number most probably has only shot up since then as countries across continue to be in a lockdown mode.

Is the Indian audience fully equipped with the concept of gaming?

With a large base of internet users and an increasing smartphone penetration rate, online gaming, as a concept, has become mainstream in India. The number of Indians actively gaming saw a spike from 20 million in 2010 to 250 million by 2018. While this has a direct connection with the age demographics of India’s population, there has also been a gradual change in the social attitude towards online gaming with aspiring gamers considering eSports as a viable career option. Moreover, there has been considerable increase in the technical expertise in the industry which has led to emerging local developers and designers. With innovative technologies such as Augmented Reality, Virtual Reality and Mixed Reality gradually entering the eSports domain, more and more Indians will be drawn to the eSports craze.

Given the current COVID-19 crisis, a larger base of Indian audience across demographics is swiftly adapting to the new type of content, which can be seen by the popularity of eSports. This is a welcoming surprise for the entire M&E industry, and it has made them more accepting of the innovative solutions. During this period we have seen many eSports platform collaborating to bring new eSports experience to the audience. Case in point, the mobile eSports platform Mobile Premier League tied up with World Cricket Championship 2 to host eTournaments, in a bid to connect with India’s diehard cricket fans. ASUS India also hosted a ROG Showdown, an e-gaming tournament last month. With such activities, it is safe to say that India’s eSports industry could be set for its prime.

What about the Tier 2 and Tier 3 cities?

The country’s online gaming boom is not confined to merely metro and tier 1 cities. If you look at the community of professional online gamers, many hail from tier 2 and tier 3 cities. One of the major contributing factors here is again penetration of smartphones and improved internet access across smaller cities. It would not be wrong to say that the online gaming industry in India is fronted by mobile gaming in comparison to PCs or gaming consoles, driving higher growth rates due to the penetration of the smartphone category.

Another factor is the customisation of content by Indian game developers in local languages and themes which is gradually gaining ground. In the near future, the Indian online gaming industry will witness an enhanced network of gamers, designers and developers engaging in the creation of locally themed games and platforms to reach out to a larger set of regional audience. Moreover, the focus is significantly shifting towards low bandwidth locations in tier 2 and tier 3 cities. We will, therefore, see a lot of innovation around tools and products that would provide low bandwidth access to content and still give audiences from these cities a considerably high quality viewing experience. This will certainly be a game changer for eSports because it will facilitate extensive penetration of industry players across the still untapped market.

What role does technology play in spearheading the sector?

As the economy grapples with the flux in government regulations and consumer trends, it is important to understand what trends transient, and which ones are might last longer. With COVID-19, eSports tournaments may achieve mainstream acceptance as an alternative to live sports right now, but it would not be surprising if it became an equally massive entertainment entity in the long-run. Technology will play an important role in three aspects namely infrastructure, content creation and end user experience. Planning an infrastructure ramp-up to cater to such growing niches is just as crucial as bringing back the classics. Having now seen the potential of how technology can support their business models, organisations will now be keen to invest more in technology. Migration to digital platforms has already begun and it will be a trend to stay.

In terms of meeting the audience demand which is largely homebound for now, content creators have to ensure that production environments are virtualized. Here, media orchestration on the cloud can make a real difference. For instance, cloud-based content workflows can allow content creators and stakeholders to virtually manage the video production chain end-to-end. Migrating to the cloud enables remote teams to integrate and automate workflows for file delivery, transcode videos for OTT platforms and perform seamless, web-based, frame-accurate editing in a virtual environment without having to transfer feeds between physical workstations. Our low latency video streaming solution (VDN) also allows multiple players in different geographies to compete against each other in real time.

We have seen traditional sports increasingly turn to virtual competitions to keep their fans, sponsors and broadcasters engaged. Major sports and eSports leagues are making it possible for star athletes like Kevin Durant and Charles Leclerc to participate in live tournaments. This let’s supporters watch their favourite athletes live and fills up empty airtime for broadcasters. Even celebrity talk shows are now playing out of hosts’ living rooms and bedrooms. Within the media industry, eSports is leading the way in leveraging cloud-based, virtualized, live-production workflows to host competitions between players in different locations. As an industry leader, we have always kept our ears to the ground and watch out for these trends.

We are already working in this space and recently also worked with a global motorsport federation to deliver virtual racing to global broadcasters and it was a remarkable success. We did this over the course of two weekends. We are also helping primary ‘traditional’ sports leagues have a virtual or e-sport video product with emphasis on video aggregation, distribution and collaboration. As mentioned above, we also made an investment in video infrastructure (100G), low latency infrastructure to help large scale deployment of eSports.

The growth of the eSports industry in India does not come without its risks in the form of data privacy and cyber-attacks. In this context, it is essential for companies to build and fortify their cyber resilience systems. To safeguard user data, they need to understand what the data is, where has it been saved and how can it be retrieved. Some key elements in protecting user data are continual penetration testing, threat monitoring, retained forensics and red teaming.

Apart from this, companies should have a robust layered defence mechanism that protects the servers along with applying patches to secure their systems against vulnerabilities. There should be rigorous methodization of scheduled server maintenance, regular updates and patches. To be cyber secure, gaming companies have to be on top of emerging technologies and their associated risks. Technology used in frontend and backend services need to be aligned for a protected experience.

How can users prevent themselves from cyber threats?

Users can also take several measures in order to protect themselves from cyber threats. Foremost, they should keep their software updated in order to activate new security patches updates. They should also enable the option for two-factor authentication in order to build a layered wall around their data and avoid using passwords used elsewhere. Other practises can be using a trustworthy endpoint security solution as well as investing in a virtual private network (VPN) as an additional layer of security. A VPN will be successful in restricting access to malware from different websites and will also encrypt all connections, even over public Wi-Fi.