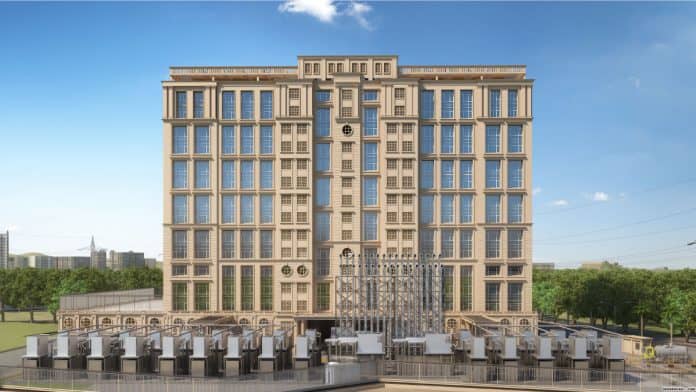 Yotta Infrastructure has received approvals from the Uttar Pradesh Government to set-up a 20-acre hyperscale datacenter park in the Greater Noida region. The park will consist of 6 interconnected datacenter buildings offering 30,000 racks capacity and 200 MW of power. It will be set up at an estimated cost of INR 6000-7000 Crore (appx USD 950 million). The construction for the first building will commence in December 2020.

Commenting on the development, Dr Niranjan Hiranandani, Co-founder and Managing Director of the Hiranandani Group, said, “We are thankful to the Uttar Pradesh Govt and Honorable Chief Minister Shri Yogi Adityanath for providing us all the required approvals in record time. Yotta’s vision to support the Digital India initiative just received a big boost with the inclusion of our Northern India campus that will enable us to address India’s growing need for data sovereignty.”

Darshan Hiranandani, Group CEO – Hiranandani Group said, “With our state-of-the-art campus, the NCR region will get its first hyperscale datacenter facility that was long due. The region contributes over 10% to the Indian GDP and has a huge concentration of enterprises and start-ups who need reliable datacenter services. The co-operation extended by the U.P. Government on all aspects such as land allotment, arrangement of electricity on open access basis etc. have been exceptional, and will go a long way to augment the datacenter infrastructure not only in this region but also in the country.”

Sunil Gupta, Co-founder and CEO of Yotta Infrastructure said, “we expect our NCR campus to be operational with the first building before July 2022. It was a very natural choice for us to look at NCR to set up our third facility after Navi Mumbai and Chennai, given the growing needs of enterprises and intentions of hyperscale cloud service providers for expanding their availability zones in this region.”

Earlier in July 2020, Yotta had launched the world’s 2nd largest Tier IV datacenter in its Navi Mumbai Datacenter park- Yotta NM1. The company had also announced its MoU with the Tamilnadu Government for setting up a campus in Chennai at an investment of Rs. 4000 crore (appx USD $541 million).

Yotta to commence construction of another data centers in its Greater...