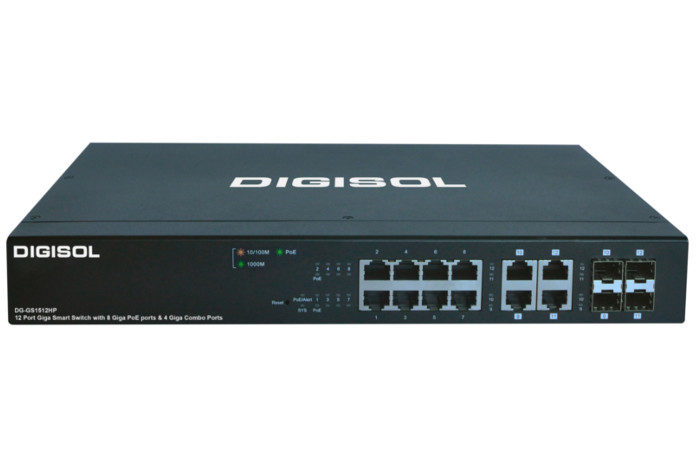 DG-GS1512HP is a L2 web managed switch with 24 Gbps switching capacity. Its wire-speed switching performance helps to take full advantage of existing high performance on PCs and laptops by significantly improving the responsiveness of applications and file transfer times. The device also comes with four Gigabit SFP ports for high speed uplinks to servers or backbones.

Traffic is prioritised according to 802.1p giving optimal performance to real time applications such as voice and video. Whereas, its Port Security feature ensures access to switch ports based on MAC address. Thus limiting the total number of devices from using a switch port and protects against MAC flooding attacks. DG-GS1512HP switch facilitates user friendly interface which allows users to manage data with an ease. It also enables one to manage and control it by network station.

News CRN Team - January 29, 2020
Businesses rely on MSPs to achieve the level of cybersecurity needed to protect their data, save money and reduce the strain on internal resources

RTDS to hire over 250 employees and expand in Indian market

News CRN Team - January 29, 2020
The new launch, which is all set to revolutionize conferencing, is based on the concept of BYOM (Bring Your Own Meeting)

For Digisol Systems, 5G will play a key role on the...