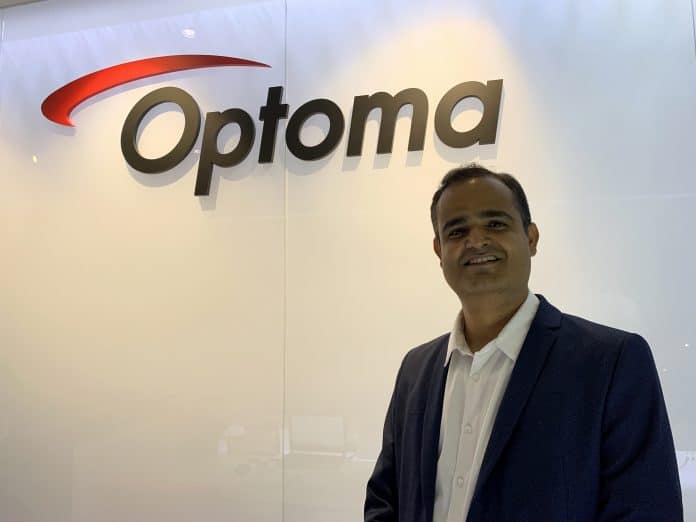 Projectors are an integral part of the meetings and corporate communication processes. The fully integrated digital data projector came into existence in the early 1990’s and served primarily as a display device for business, education and training.

As is true with most new technologies, the initial offerings of the projectors were big, heavy and expensive with image quality that pales in comparison to today’s projectors.  As the projectors got smaller, lighter, and cheaper they became popular with mobile presenters. Today projectors are used in a wide range of applications including mobile presentations, conference rooms, entertainment, classrooms, training, gaming, simulation, control rooms, museums, and retail advertising.

However, the trends were not the same a few decades ago. The decade of ‘90s was a fun time due to many reasons. I remember how families would wait for rented VCRs and watch movies the whole night as this was one of the main sources of entertainment back then. The same factor was common for projectors as they were rented and put into use by the companies only on occasions such as general meetings or special presentations.

Home cinema or home theatres, are home entertainment audio-visual systems that seek to reproduce a movie theatre experience and mood using consumer electronics-grade video and audio equipment. During the mid-1990’s home cinema was introduced in India in the form of large/Plasma rear projection television sets, but by the turn of the decade, a lot began to change. Now a home cinema system typically uses a large projected image from a video projector or a large flat-screen high-resolution HDTV system with state of art audio equipment and screen.

The adoption by households was not as quick as it was in the case of the corporate or education segment. This could be attributed to lower disposable incomes of the households, especially of the middle-class section of the society. People who had seen home theatres in the western countries or in movies were aware of the phenomenon but due to the high pricing of the entire solution the adoption was far and few. Manufacturers with home theatre projectors have refined the projector technologies for yielding realistic image quality.  Properties of the projectors like the resolution, brightness and contrast ratio have improved significantly in the last few years allowing them to produce lifelike images.

A larger screen or display is always preferred by people such as in home theatre systems, video games, and an overall movie watching experience. Depending on the other factors such as sound speakers and availability of projection area, a projector home theatre system could effectively mimic the theatrical experience. For a projection of up to 100 inches diagonal or larger, the projectors are the most cost-effective option available.

People like the projected images due to a variety of reasons. First, unlike the bright and emissive TV lights, the projection comes as a reflection off the screen. The view of the projector is largely similar to how the real things are viewed. Hence, the overall process of viewing does not make a viewer tired, even after prolonged periods of watching. Also, the aesthetics of watching movies and large events are particularly better as compared to television.

COVID did the same to the home theatre industry as what digitization of education did to data projectors.  During pandemic times, even in tier 2-3 cities people migrated to high internet connectivity and enabled the 4k content on various platforms. In this phase a major shift was witnessed in the home segment purchase patterns to full HD and 4K projectors. This in turn helped the projector sector in enhancing sales which we lost in the corporate and education sector due to lockdown.

Another reason which boosted this trend is the transition of technology to 4K & 4K UHD Projectors, the new variants of the projectors output images of 4K UHD (3840×2160) and 4K (4096×2160) resolutions. The images produced by these projectors have extensive details and allow a cinematic and engaging experience. 4K UHD and 4K projectors became available for commercial applications (digital cinema) in the early 2000s and have also gained the attention of the consumers in the recent years.

The situation has largely improved in favour of the projector companies due to a variety of reasons as mentioned above for experience they provide and technology that augments it.  The home theatre segment in India is expected to increase enormously. The market growth would be close to 15% and the size would be US$477m in 2021. Household penetration will be 2.3% in 2021 and is expected to hit 4.3% by 2025. Since the Covid-19 pandemic, the importance of home streaming and home cinema has increased as movie theatres have not witnessed any footfall for months now. In the coming years, entertainment and streaming devices would be part of the households and with the trend of work and education from home increasing in India, it is anticipated that the overall growth of the industry would be positive.