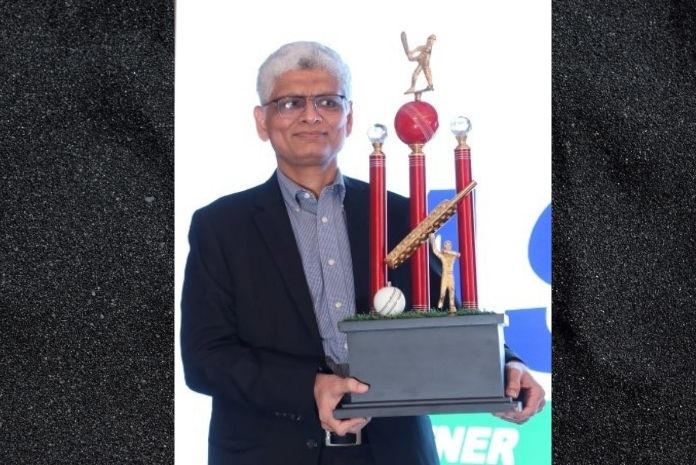 The Association of System Integrators & Retailers in Technology held their 96th Techday with Uniserved – a Savex Technologies group firm – showcasing their Managed Enterprise Crowdsourcing platform for technology skill requirements of various organisations. During the ASIRT Cricket Premier League – ACPL 3.0 Auction of registered Players, Members cheered on each player’s bids, exhibiting sportsmanship and culminating in balanced teams for each of the eight Member Team Owners.

Secretary Mr Nilesh Kadakia called new President Mr Sanjay Ruparel on stage after the New Board was introduced. Mr. Ruparel gave an overview of ASIRT and its activities, emphasising the new look of the ASIRT quarterly newsletter, PULSE, which will feature Techday Sponsors, ASIRT events, Member achievements and accolades, New Memberships, Consortium updates, Quiz, Articles contributed by Members and external Authors, Inner Wheel – Members’ Spouses related activities, and more. He encouraged that all ASIRTers tag and like ASIRT’s presence on each Social Media site, assisting in the organization’s synergy. 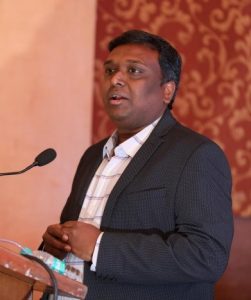 Mr Ashish Katkamwar, CEO of Uniserved, an 8-year-old company that is now part of Savex Technologies’ stable, was then invited to exhibit their offering as Technology Aggregators by compere Mr Kaustubh Kulkarni. Mr Ashish commended ASIRT for its legacy and wished it continued success to achieve an objective of next 200 monthly Techdays. Uniserved’s DNA, he said, was comparable to Uber’s, but in terms of Technology services, and as a startup, it garnered money from the top angel investors. He claimed that they have a profile engine for partners based on categories and capabilities, and that they already have 20000+ Service Partners across India and a presence in 45+ countries, in addition to 40000+ freelancers, all of whom can provide over 700 OEM skills of varying competence levels on demand. Mr Ashish went on to say that they can deliver any technology in the globe, on any domain, and that this may assist SI Partners generate more money from both services and products by enhancing their capabilities through the Uniserved platform, for both existing and new customer engagements. He further said that they had effectively catered to Digital India projects in around 640 districts across India, mostly through a Partner-driven strategy. He welcomed all ASIRT Members to join the Uniserved ecosystem for mutual benefits, whether it was at the pre-deployment or post-deployment stage, and to add the next level to their portfolio by managing the entire Service Lifecycle.

The ACPL Players Auction was next on the agenda, which all members were looking forward to, with everyone hoping to be sold for a greater price. Mr Tushar Shah, Mr Sanjay Ruparel, Mr Hiten Shah, and Mr Manish Kapasi – joined Mr Kaustubh on stage to conduct the auction in a free and fair manner while maintaining a jovial tone. Mr Biren Yadav of Bluecom Infotech Pvt Ltd, Mr Jayesh Shah of Digicom Sec, Mr Limesh Parekh of Enjay IT Solutions Ltd, Mr Pankaj Goenka of Icons, Mr Anand Karapurkar of Infobahn Technical Solutions Pvt Ltd, Mr Rajesh Goel of Miracle Tech Distributors Pvt Ltd, Mr Anil Bhavnani of Rank Computers Pvt Ltd, and Mr Nitin Phagwani of Systematics Infotech Pvt Ltd were invited on stage for their introduction as Team Owners to the audience and also announce their sitting Table placement by a lucky draw. The Team Owners and Captains were constantly reviewing the money being debited from their allocated quota as they bid for the known Players as the auction unfolded. Each Owner had placed a bid in the hopes of winning, and each time a regularly playing Member’s name was called, the stakes were raised. By the end of the auction, each owner seemed to have a balanced team, and the ACPL Tournament, which will be conducted on February 19, 2021, will undoubtedly see robust competition across everyone.

Mr Nilesh wished all Owners and Captains the best and asked Members to proceed for a sumptuous meal after each individual Team’s photo-op, but the ACPL banter had already begun.