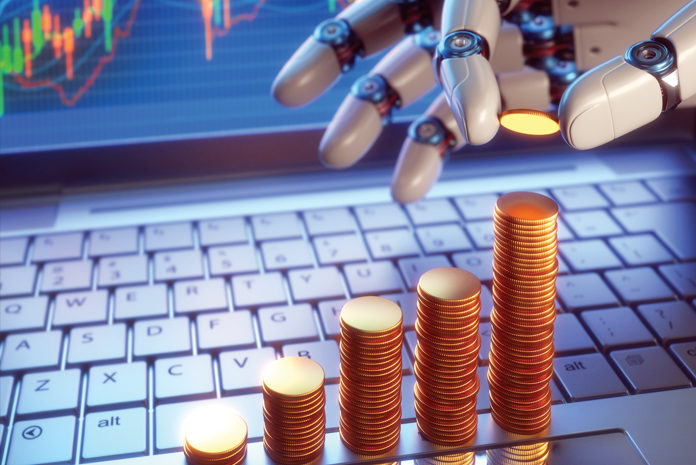 India has been at the cusp of a digital revolution for a few years now, largely led by an Indian government seriously intent on turning India into an economic powerhouse, and leveraging ‘Digital India’ to achieve that. In 2014, when Prime Minister Modi’s government first swept to power, the Prime Minister, while articulating his vision of a New India, set the ground rules: one where digital technologies would play a key role while transforming his governance model, minimum government and maximum governance.

Indeed, some of his early transformative measures (e.g. Digital India), are demonstrating how technology is changing the way industries, businesses and governments can function more optimally, especially as they collide with Industry 4.0. When coupled with machine learning and artificial intelligence, this revolution enables autonomous decision-making processes by monitoring assets and processes in real-time, therefore  enabling connected value creation networks and improving productivity significantly.

The Internet of Things (IoT) is already playing a central role. It is estimated that the IoT investments in India will triple to touch US$ 15 billion by 2021 across both technology products and services components.

There is a continuous effort  by the government, including several positive policy measures, to develop the country’s technology infrastructure. However, despite positive tailwinds, India continues to lag. Today, connectivity remains intermittent, often failing totally, while still non-existent in remote areas, where remote farms operate, at the borders, at powerline stations across the country’s vast hinterlands, at last-mile distribution centres, far out to sea, and several other industrial operations. Much of these industries are thirsty for data, apart from connectivity, given they are an integral part of an expanding Indian economy.

The need for machine connectivity remains unaddressed. There are billions of IoT devices located outside of fibre and mobile coverage, and to achieve that connectivity, existing satellite solutions are cost-prohibitive. Narrowband IoT or NB-IoT is a wireless communication standard for IoT. NB-IoT aims to connect devices that need small amounts of data, low bandwidth, and long battery life. NB-IoT will  broaden the future of IoT, providing significantly improved communications between machines while lowering device power consumption needs.

Existing networks were designed to connect people. A new kind of network is needed to connect the world’s machines and sensors, especially those in remote and underserved areas like rural farms and those out at sea. These require a reliable network that is 100 per cent continuous and always available. This is where satellites can play a major role, but until now, they have been too expensive to consider.

Industries like agriculture, fisheries and logistics that for centuries have been largely offline and have not had the opportunity to take full advantage of modern digital technologies like AI, machine learning, IoT, and satellite, regardless of their geography.

This is set to change with the advent of affordable satellite communications combined with NB-IoT specifically for machine and sensor communications. Now, almost everyone who operates in rural industries, like health, logistics, mining, and construction can benefit from an affordable, reliable satellite network, giving them up to the minute information to make better decisions about machine predictability, route control, and security, helping businesses save time and money, radically improve operations, and even save lives.

IoT deployment will most definitely accelerate Prime Minister Modi’s vision of a true Digital India by connecting millions of sensors and machines so that anyone can gain important insights. Disruptive IoT solutions have an opportunity to serve the underserved by bringing affordable and easy IoT to the machines that run our businesses.

If implemented well it will lead to tremendous efficiencies and create new ‘connected’ business models for traditionally analog industries such as agriculture, construction, oil and gas, logistics and many others. With the progress of these industries, India’s growth will get a boost and the Indian economy will greatly advance.

Aarav rebrands itself as Aereo

Columns CRN Team - September 26, 2022
By A10 Networks Telcos and enterprises are realizing the need to move toward the edge and deploy edge cloud solutions to leverage the massive advances...

Workplace 2.0: The workplace of the new normal

Columns CRN Team - September 26, 2022
Authored By Rajesh Varrier, SVP, Head of Digital Experience & Microsoft Business, Infosys Early on, when the pandemic struck in 2020, there was a post...
- Advertisement -

DigiCert selected to provide PKI based security services for the TIP...