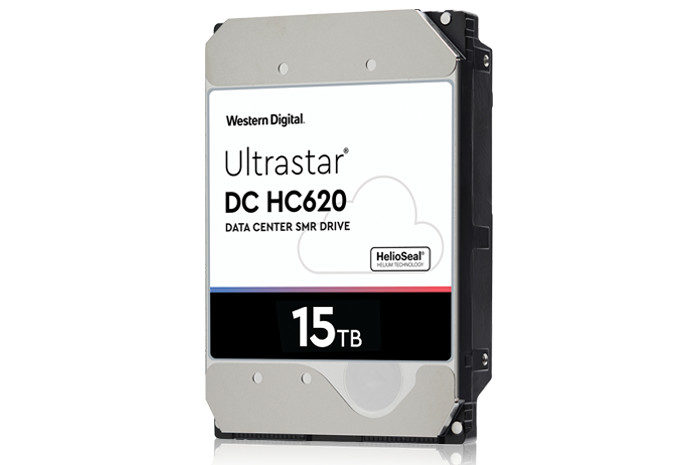 Western Digital has announced the industry’s highest capacity HDD, the 15TB Ultrastar DC HC620 host-managed SMR HDD. “With data continuing to grow at unprecedented rates, many hyperscale and cloud storage customers know that their workloads trend toward data that is written sequentially. In these instances, customers are optimising their infrastructure with the lowest TCO and the maximum capacity. By capitalising on our highest-capacity SMR storage solutions, our customers’ investment can not only be fully leveraged today, but for subsequent generations of SMR areal density improvements for continued infrastructure optimisation,” said Eyal Bek, Vice President, Product Marketing, Western Digital.

The Ultrastar 15TB host-managed SMR HDD is well positioned for hyperscale cloud and traditional data center workloads, including large video surveillance smart city initiatives, storage for regulatory compliance and Big Data storage. Enabling the world’s densest server and storage systems, incorporating 15TB HDDs allows a fully populated 4U60 HDD enclosure to reach a raw storage capacity of 900TB, which is an additional 60TB per 4U rack in the same footprint compared to those utilising 14TB HDDs. In an at-scale environment where floor space, $/TB, TB per square foot, or watts per terabyte are critical, this TCO savings can be significant.

Top Things to keep in mind when buying a CCTV Security...