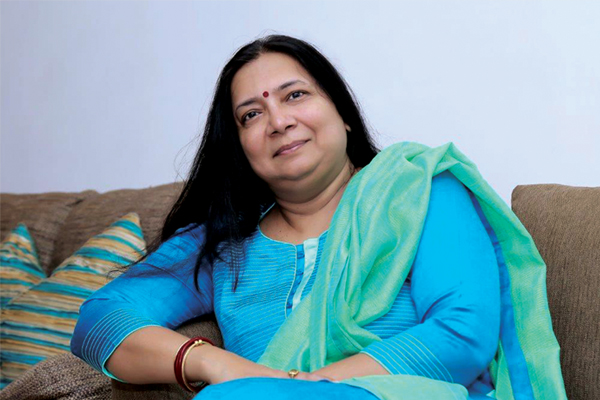 Prarthana Gupta, CEO, Cache Technologies, talks about the hardships she faced as a woman in the IT channel indsutry and how she turned the domestic company into a global enterprise, single-handedly.

A businesswoman and an engineer by profession but an artist at heart, Prarthana Gupta, CEO, Cache Technologies, proved herself as a real woman of substance. A mother of two hails from a city of Uttar Pradesh, Varanasi, has left an indelible impression in the male-dominated IT industry.

A tough beginning
From repairing computers to facing discrimination, Prarthana took up the challenges and made a success out of them. Her determination for her ambition always inspired her to take new challenges every day. “When you know your ambition be focused on it, single-mindedly, there is nothing that can stop you from your ambition”, says Prarthana. She believes that her challenges only carved her and placed her at the place where she is today. “I have also faced discrimination in office. There were people who thought that there are some works that are not meant for women and I was always given work inside the office. I was assigned to attend the phone calls and manage office works. I was not given any outfield work which always hurdled my learning. But, my ambition was very clear and these things could not stop me. Breaking these barriers I always kept on moving further. I always had this in mind that I will not have an average life. I had to create a difference. I had to abolish the myth that women cannot do all a man can do in terms of official work”, she narrates. And, today she is among the few women entrepreneur to get the top place in the IT channel industry.

Being in IT channel industry
A strong relationship with partners is very important being a complete IT solutions provider whom you can believe to help in providing solutions. “Being women you have to be really smart in building a relationship with partners. I try to build the relationship with not only the man if the partner is male but with his entire family member. When there is a partner event, I invite them with their entire family”, says Prarthana. Over 40,000 growing employee base, she turned the domestic company Cache Technologies into a global enterprise, single-handedly. She has taken the initiative to build her enterprise for end-to-end automation. Bagging all IBM orders from the education patch in 2001 and was named IBM’s Most Resilient Partner, acted as a revolutionary turn in her journey.

Every woman should work and be independent
Prarthana believes that a woman is capable of doing anything she wants to do. Nothing in life can act as a barricade between her and her ambition. According to Prarthana, an educated, financial woman can not only make her kids and family better and financially strong but she can also give back to her society and the country. She says, “Women are very important and meaningful contributors to the growth of the country. They play very crucial role in nation-building”. She also feels that women are sometimes self-suppressed and this is to be changed.

Balance yourself to sustain long
As Prarthana thinks, if one has to sustain for a long time in the market one should have balance in their life. She believes that if one has balance in life, he or she can do manage anything with ease. There must a balance in one’s private and professional life as none can ignore. Trust is another important factor that plays an important role in managing one’s life. “You should know how to develop a good relationship with people. Also, at a time you need to prove yourself that you are trustworthy to others”, she says.

Future plan
In coming few years Prarthana aims to take her business to the global platform. Global operations with quality service would be her target in next few years.

Fortinet announces the “most affordable” secure SD-WAN appliance for SMBs

Our success mantra is to be fair to everyone: Anandrao Balluru,...