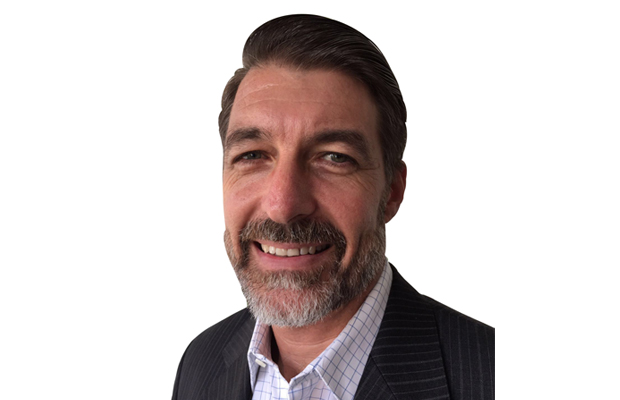 Hewlett Packard Enterprise is betting big on HPE Synergy. Given the growing market acceptance and success with early beta customers, the company has already started making various enhancements to the product to create an even better and seamless composable infrastructure. In a candid chat with CRN India, Mark Read, Category Management Lead, Data Centre Hybrid Cloud, EG, APJ, Hewlett Packard Enterprise, shared insights on the adoption trends of HPE Synergy, benefits attached to it, and how customers across industry verticals can leverage this technology.

These are exciting times for HPE globally. Can you tell us more on what is happening at the company?
Yes, these are exciting times for us due to the recent acquisitions of SGI, SimpliVity, and Nimble and the spin-off of the software and enterprise services business. From HPE’s perspective, there is a real energy and excitement with these acquisitions, as we help these companies build on top of their own R&D capabilities.

As a company, we are focusing on Hybrid IT and Intelligent Edge and leveraging our experience in services to deliver the related solutions. Our focus has been more agile, accustomed to the needs of our customers and giving flexibility to change direction more quickly if they need to. HPE has got the same sort of flexibility that the customers wants. Besides, the conflict that we had before has moved away and it is the flexible needs and wants of customers that we are actually helping with.

Talking about HPE Synergy, how has been its uptake globally, across Asia-Pacific, and in India?
HPE Synergy has witnessed a good market uptake across the globe and this has helped us to focus on the next steps. As HPE Synergy is a composable infrastructure, it offers you flexible pools of compute network and storage where you are able to mix and match those from an infrastructure standpoint to actually make sense for a particular work flow. When you are finished with it, it goes back into the pool and you can regroup it.
It is this flexibility that gives customers the first user advantage by enabling them to get a product or service to the market faster than anyone else. For instance, an aircraft engine manufacturer installs sensors in their jet engines. And if four such engines are installed in an aircraft, which makes a trans-Atlantic flight, each engine generates 5TB of data per flight, which is 20TB data in all. Now, to analyze this data for the predictive maintenance of these engines and also collect and analyze metrics from other parts of the aircraft, you need the IT infrastructure that offers flexibility so that you can ensure the components are in perfect working condition.
Another example is that of fitness bands, which tell you how many steps you have walked and how many more you need to achieve your target. All this has to be analyzed and then put together in a package and sent back out so that you get the information.

Auto manufacturer, Ashok Leyland, has already adopted HPE Synergy. Do you see any similar pilot projects being executed across different industry verticals in the country?
HPE Synergy adoption across various verticals like telecom, manufacturing, automobile, healthcare, and financial services has been growing for both traditional and new integration. Components of HPE Synergy like predictive analytics along with IoT is benefiting tons of companies across the world by allowing them to do multiple things all at the same time and in turn provide better results.
For instance, mining companies are using sensors on their massive dump trucks and lot of them are under control. This enables them to work out the fuel consumption and maintenance of those trucks using the data collected from these sensors.

HPE is working on the mission of making Hybrid IT simpler and bringing down the data center cost through Synergy. How are you planning to create further awareness among the enterprise customers?
Since the launch of HPE Synergy last year in London, there has been an interest and built up demand in the market and we have had around 100 beta customers worldwide to try out the technology. For those still hesitant to try out this new technology, HPE talks to such customers to understand their perception. Also, we educate and make them understand how it works and what benefits it brings to the table. Giving the people the flexibility and openness to do as they desire with the technology is helping HPE to bring on board more organizations to adopt it.

Does Synergy have a role to play in Internet-based businesses such as Fintech and e-commerce?
For businesses such as Fintech and e-commerce, which are born in the cloud, they have got the necessary flexibility because their service providers have the same technology underneath. HPE Synergy is actually good for use cases where you need that flexibility to grow and shrink on the basis of the demand. If you look at the service providers, they struggle with flexibility in their compute, network and storage. While they manage it, they need to use different element managers to achieve it as they don’t have their infrastructure as pools of resources which can give them the added flexibility.

It’s been over a year since the launch of HPE Synergy, what sort of road map have you created for it in Asia-Pacific region including India?
The road map ahead for the Asia-Pacific as well as for India is getting market acceptance for HPE Synergy and we are making various enhancements to the product to create an even better and seamless composable infrastructure. HPE Synergy is the natural progression for customers on blade systems. We have customers who are using blade systems right now. Some of them will continue on these blade systems, while others will see the benefits of Synergy and gradually move towards it.

Do you directly reach out to customers or rope in some of your specialized partners and SIs to reach out to customers?
To turn around the ecosystem around HPE Synergy, it just doesn’t need to be from the software perspective but also needs to be from the SIs perspective. Most SIs we talk to use HPE Synergy themselves. In such a scenario, we are dealing with partners who are also our customers. Furthermore, these SIs share the value they see from HPE Synergy with their customers, which in turn becomes a very powerful message.

What are some of the key initiatives being taken to sustain the momentum of being future ready with HPE Synergy? Are there any specific areas where HPE plans to focus on?
We are continuously educating and re-educating partners as well as customers as many things keep coming out with the disruption in technology. With regards to HPE Synergy, the next step is to get this composable infrastructure work as a fully automated system, where the solution will have the ability to look at itself, the workloads, and do a similar sort of thing that is being achieved with network virtualization.
We want to help customers identify the technology that works best for them. While customers can leverage our consulting services, we also organize workshops for them to understand their workloads, where the business is going, what they want to achieve, and see how the technology that HPE offers actually fits into the whole game plan.